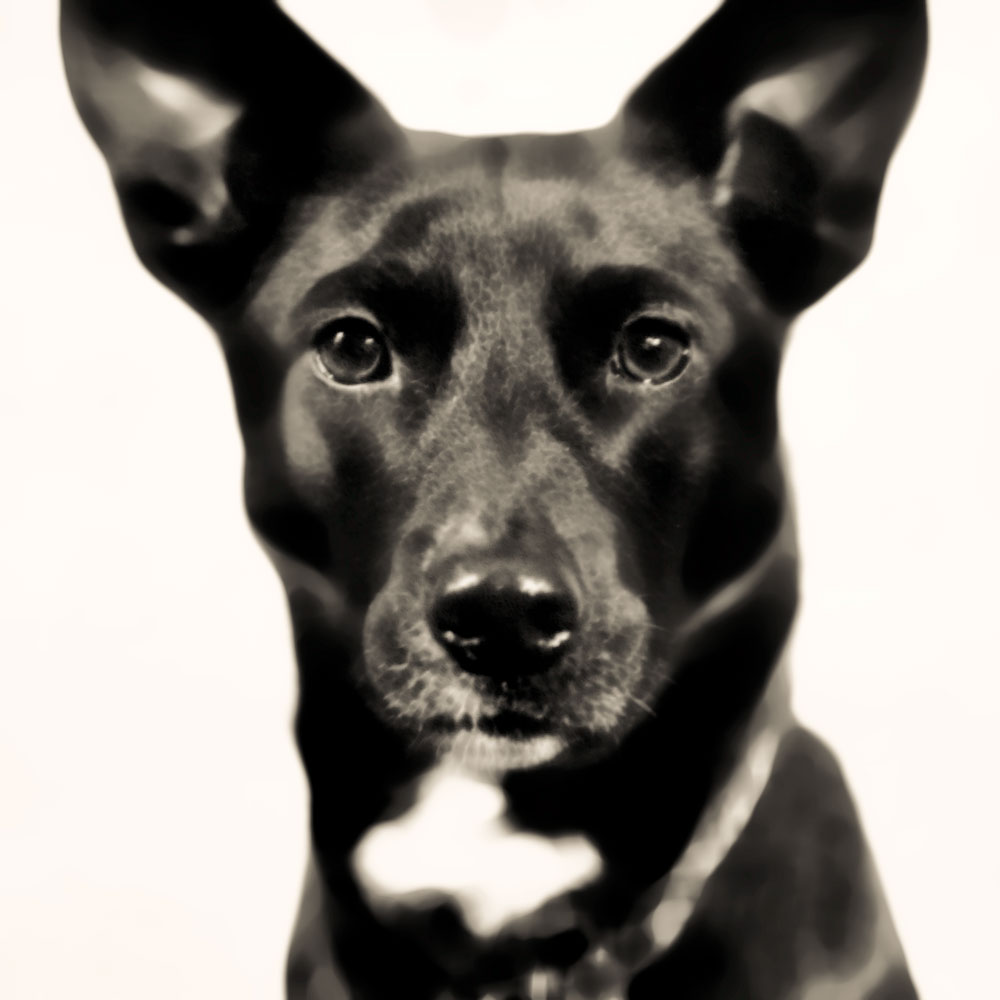 This book is a tribute to Boots the dog, a beloved member of our family. Boots was a small black dog with white feet who liked to pose for pictures, and get into mischief and adventures.

Click the book below for a preview, or to purchase.

I was dressed for dinner and waiting impatiently for Micky to come home with the boys. We were due for dinner at 7pm. Micky had gone out with our two teen-aged sons hours before, but where was he? He still needed to shower and dress and the clock was ticking.

I heard the growl of a car engine in the driveway. Car doors slammed. I was braced, hands on hips, ready to play the unfamiliar role of Where. Have. You. Been?

When the screen door slammed and my youngest came into the kitchen with a brown paper bag, he had an expectant wide-eyed look on his face.

I was still waiting to be angry with his Dad so it took me a minute to realize that the bag was moving. He kept watching me as the squirming bag became a tiny black puppy with huge white feet, a puppy that slipped and tottered in a circle around the small kitchen before skidding to a landing at my feet.

I was on my knees, hands full of puppy, before I remembered that I was dressed and late for dinner. I looked up to see three faces watching for my reaction; Micky with that dimpled grin on his face. They all knew me better than I knew myself. I realized that I was snorting and smiling at the same time.

The boys had already named him Boots because of those four white paws. I should have known that a single moment like that would change our lives through all the years we lived.

Photographer Micky Jones has carried his camera bags to hundreds of venues around the world since he bought his first Speed Graphic camera at age 16 in Western Canada.

He worked as a journalistic photographer at the Vancouver Sun newspaper after serving in the Royal Canadian Air Force during World War II. He is known for his celebrity portraits from the 1940’s and 1950’s.

Jones was born in Kelowna, B.C., and lived in Australia, Singapore, New Zealand, Canada and Michigan as an engineer for Ford Motor Company before moving back to the Pacific Northwest.

As a professional travel photographer he worked with his wife and business partner Iris Sanderson Jones. Micky won several awards as a member of the Society of American Travel  Writers, and as President of the Travel Journalists Guild.

Micky dedicates this book to his beloved dog Boots.