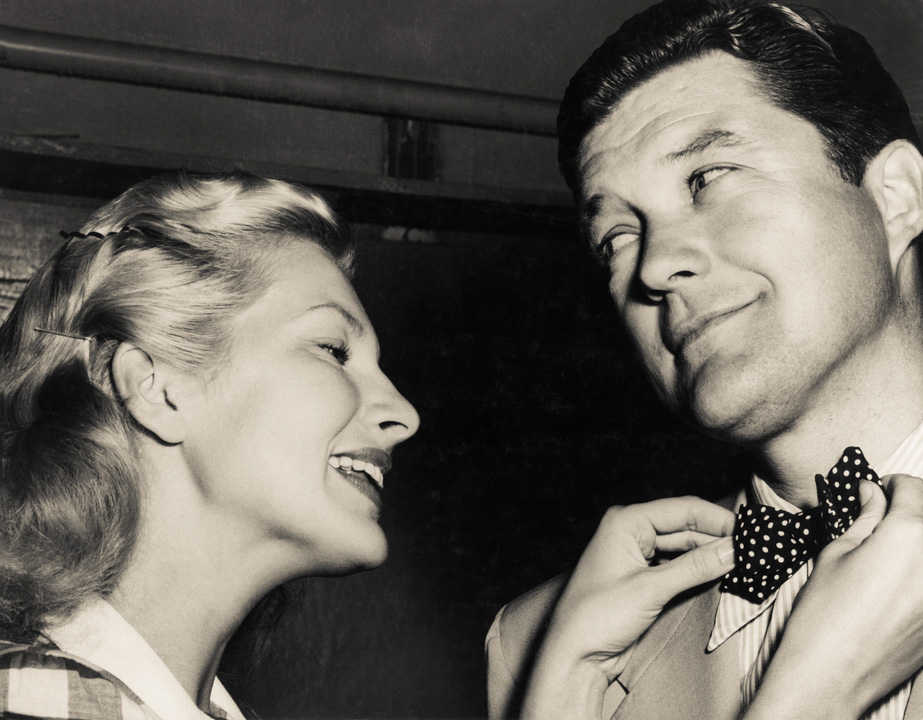 Chili Williams was a popular pin-up known as “The Polka-Dot Girl”. After a photo of her wearing a polka-dotted bikini appeared in Life magazine she received more than 100,000 fan letters. Morgan was a top leading man at Warner Brothers in the 1940s, starring with best friend Jack Carson in many movies, several of which were “two guys” buddy pictures. His peak years were 1943 to 1949.